Security Token Offerings (STOs) are often seen as an innovative way to collect money for a startup. Besides that, STOs can be leveraged to build a great exit opportunity for a startup if the founders want to sell their company to an investor.

Tokenizing company shares always follows a similar procedure: The aim is to creat a digital representation of an asset that can be stored on a Blockchain. While we have already discussed the advantages of tokenizing a startup to collect money in early stages, this post deals with the question of “How can a Security Token Offering make a startup exit better for all stakeholders?”.

How can a Security Token Offering make a startup exit better for all stakeholders?

First, let’s look at the different interests that people have in an exit scenario:

The Founders: Want to achieve a high compensation for their shares and preferably sell the company to a person or institution that continues the vision of the company

The (possible) Investors: Want to buy the company at the lowest possible price that matches their risk criteria and budget

While there is a situation of negotiation to find the price, certain factors are limiting both stakeholders in achieving a great result.

3 possible problems in an exit scenario

The way tokens can solve these issues

The Investor is generally interested, but does not have the budget to buy a large portion of the shares

A token can help the investor to buy a small fraction of the company shares. Tokens generally allow for fractional units. This enables an investor with a lower budget to participate and buy a portion of the shares – which he otherwise could only do in an IPO.

This also solves the second problem.

The circle of Investors is limited since the entry barrier might be very high, given a certain requirement of monetary resources

By having fractional units and allowing different investors to jointly invest into the company, this lowers the entry barrier (problem 1) and also gives the startup a better stance for negotiation. More investors are qualified to invest and hence the startup has a bigger audience to chose from or negotiate with.

Especially Venture Capital firms aim for specific timeframes in which they expect their investment to bring in the expected return. Typically, the smaller the timeframe, the better. Selling the shares enables the investor to free up liquidity for other investment opportunities. With tokens, it is possible to sell a fraction of the shares at any time. This gives the investor a new level of flexibility, allowing them to rebalance their portfolio like they were never able before.

Why wait for the IPO if a startup can conduct an STO?

Instead of going public at a later stage, a Security Token Offering can already serve as a public offering much earlier. The fact that many stakeholders and cost factors are cut out with an STO, the process is more efficient and can be done much earlier than an IPO is typically done. As depicted in Assets on Blockchain, the costs of an IPO are much higher than the costs of an STO. When founders want to perform an exit of their company and they found investors who want to buy some of the shares, they can financially support the token offering which then brings access to large amounts of capital.

Performing a token offerings instead of a traditional exit makes the market more liquid: Generally speaking, more investors have access to the investment, smaller fractions can be bought and the founders or shareholders ultimately have more flexibility in exiting their company.

This is no financial or legal advice, but solely my opinion.

Working on an exit at the moment and looking into STOs to achieve a higher result?

Contact the Max Kops team and schedule your call (for free).

I am Max, excited about Blockchain technologies and real-world use-cases especially in financial fields. Analysing ICOs.

Get my book about STOs 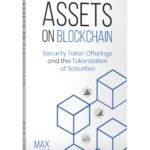 Don't miss a story and subscribe to my newsletter. I promise you it's worth it - if not, you can opt out every time. Good Deal, isn't it?